So I’ve been busy, even if I haven’t been scrupulous about documenting that all here. Between my last post and this, some markers were passed, and we note lessons from those here. This is the personal part of my personal blog here. If you were hoping for random Facts about Odd Things, that must wait for later posts. 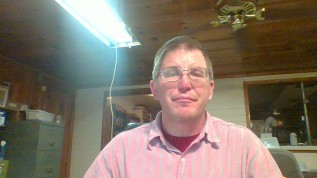 I have been an official resident of this house for a year. At just about that time, I wrote down some goals. I am pleased to report that a year later I have made maybe 60-70% of the progress towards those goals as I would like. Some of those shortfalls – particularly sorting the garage and the bookshelf situation – were unintended consequences of hosting Earl indefinitely.

Earl is in Louisiana working with the Salvation Army at least through Christmas. I do not know his plans past that, and I suspect that he does not know them either.

The follow-up to One of 64 is on hold to make room for pushing Go Action Fun Time into a real product. I have abandoned self publishing One of 64 for financial reasons. Every time I put together the money to move that forward some disaster cuts in front of it in line. So now it sits with a publisher awaiting a Decision. That decision would inform the pace (and perhaps direction) of the sequel.

An actual book you can buy!

The sequel to Beanstalk and Beyond, provisionally titled Taliesin’s Last Apprentice, moves along decently. I’m only a few months behind on that.

Some of the shortfalls – particularly wordcount issues in the last few months – came as a result of having a girlfriend (I am cleared to use this word I believe) who does not live in town. It has been my serious philosophy that building relationships is not a waste of time, but the 5 hour drive time one way does expand the amount of time I am not really wasting.

It was loosely a year between the time I accepted emotionally that my marriage was over, and my accepting emotionally that this woman I am driving across the desert to see is my girlfriend. 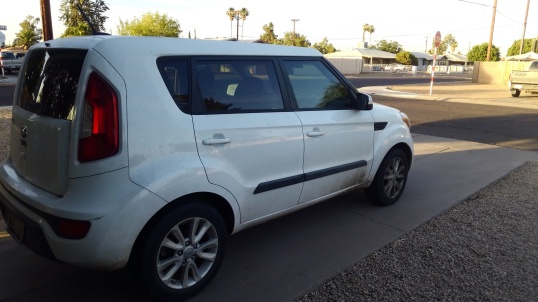 Relatedly, I have passed 100000 miles in my 2013 Kia Soul. At that mileage, the only mechanical failures are the CD player, and I cannot roll down two of the windows from the driver’s door console buttons (they still roll down from the individual switches on those doors). That’s it. Everything else works. On we go.

I did get some writing done.

Are we trespassing yet?

Over on Are We Lost Yet? we explore the remains of the Black Canyon City Dog Track.

And you can poke around in crumbling remains of how men once made money from shadows by getting dogs to run around a track as fast as they could. But watch your step.

While researching that, I found the Rogue Columnist – who chronicles the underside of Phoenix, among other things. I got lost in his work the way I usually get lost in TV Tropes.

Over at Curious Continuity, I muse about time travelers creating scars in time – into which they cannot travel. By time travel standards, that sentence makes as much sense as most.

This can never happen – and not just because of copyrights.

And we are editing Go Action Fun Time into something more like a published product and less like internal notes.

This is from the “Pilot Episode”

If you made it down this far, we’re friends. And friends sometimes want to know what I want for Christmas. I’m a middle-aged man with more stuff than I can store, so consumables (whiskey!) are always appreciated. Also, I am currently without a decent BlueTooth speaker like all the kids have.

Or the means to play a CD in my car.